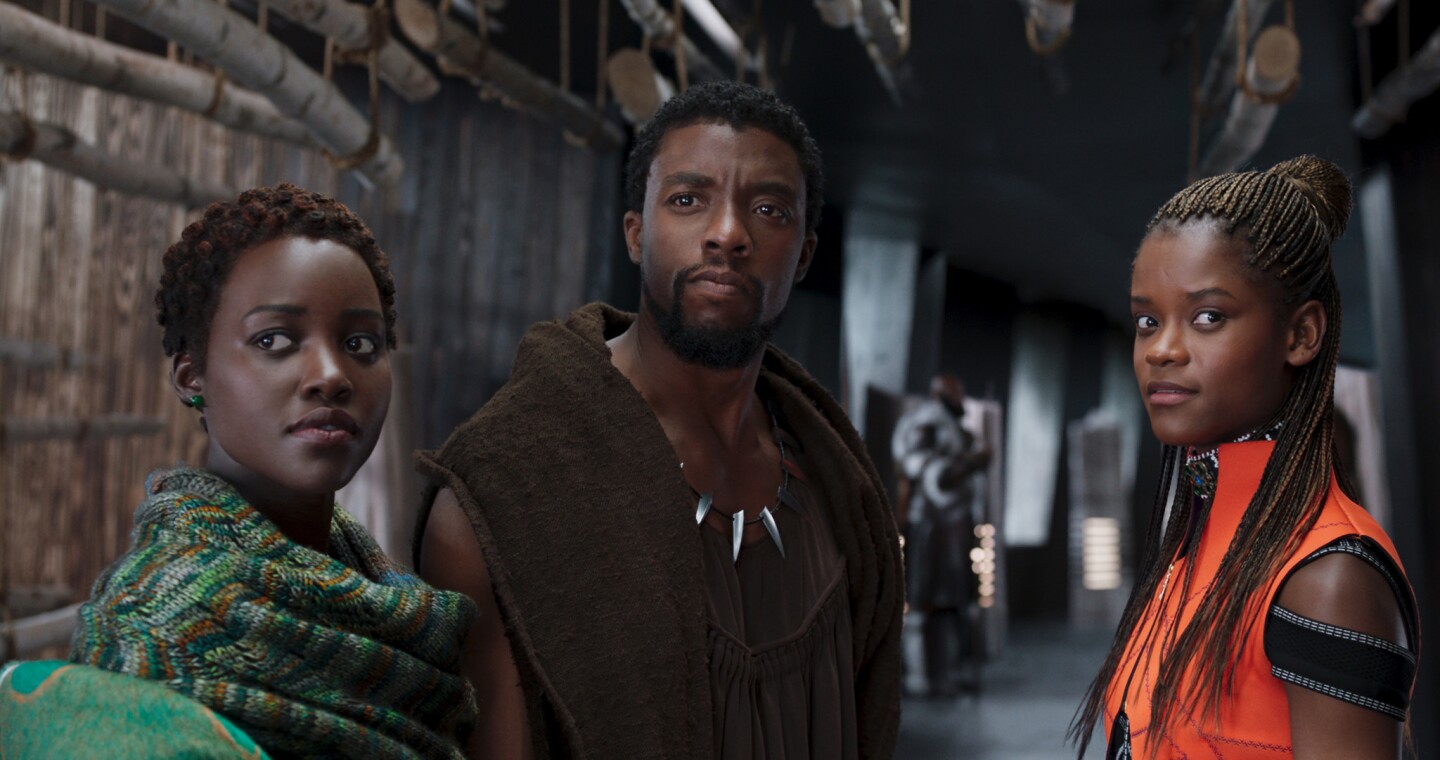 If you’re like me, Black Panther left you feeling a euphoric sense of inspiration and you’re probably greeting EVER-Y-BODYYYY with...

If you’re like me, Black Panther left you feeling a euphoric sense of inspiration and you’re probably greeting EVER-Y-BODYYYY with that handshake!  So without spoiling the movie, I want to share why this fictional superhero issues a call to action for our real-life resistance movements.

First, let’s make sure you know the history behind this epic pro-Black, pro-woman motion picture! Created in 1966 by Marvel Comics (Stan Lee & Jack Kirby), Black Panther (name: T’Challa) is the leader of the world’s richest nation. This nation is an African kingdom named Wakanda.  King T’Challa’s net worth is $90.7 trillion dollars; he is a world-class athlete and one of the top 15 minds on the planet.  Among many of Wakanda’s amazing attributes is a tremendous respect for the power and intellect of their women. Black Panther looks to an elite all-female fighting force as his personal guards and his teenage sister is the tech genius behind the nation’s superior infrastructure and advancements.

Technology, leadership, unity are all core Black Panther themes, BUT would they be as effective in the hands of people who only speak one language?
Consider these 3 questions – discuss them with your friends, family, and colleagues!

1. Does the language we speak impact our ability to create change?

Language is an essential resource for social justice because there is no universal language for a global resistance movement. In Black Panther, the King, his advisors, and the entire leadership team are all multilingual.  The people of Wakanda can mobilize communities in any part of the world.  But, who is really going to understand their Wakanda manuscripts? One of my favorite lines in the movie is in response to a question posed to King T’Challa about his chief advisor/guardian, “Does she speak English?”  She’s standing in the room and the Colonizer asking the question made no effort to address her specifically.  Her response was a skillfully executed and witty linguistic clap back. She simply says…in English, no less….”When she wants to.” HAHAHAHA!

Few will stop to think how even the creation of this awe-inspiring movie required an effective use and understanding of many languages. For example, the language of Wakanda was created using an Afrofuturistic version of the South African Xhosa Language and a few other African languages.  In her Slate.com article, Aisha Harris interviews the Black Panther Dialect Coach responsible for raising the bar for African accents in this movie.  There’s no doubt that this coach understands why people who talk about Africa as if it were a country, also won’t grasp the cultural and linguistic diversity of a continent where an estimated 1500 – 2000 languages are spoken.

Though the linguistic diversity of North America pales in comparison to Africa, there are hundreds of languages spoken in the United States alone. US-based organizations are responding to the needs of African immigrants, Haitian refugees, unaccompanied minors from Central America, native-born US families and many more. The communities we serve are multicultural and multilingual.  As a result, building the multilingual capacity of our freedom fighters should be a top priority for this year – and beyond.  Our continued failure to plan for language needs doesn’t mean that language isn’t a necessity.   In the age of the internet, individuals can learn a language at home, without traveling abroad – in less than ONE YEAR! There are also accessible professional translation services for nonprofit organizations and businesses who need to hire translators and interpreters to help them operate in 2 – 3 languages without breaking their budgets.

(click here to begin your very own language journey!)

2. How can we use language and technology to make our movements more effective?

According to the Common Sense Advisory, it takes 21 languages to reach 90% of the world’s online audience.  So, at a minimum, engaging website translations are a MUST.  In Wakanda, the superior technical infrastructure facilitates communication and places the world at the fingertips of powerful multilingual, tech-savvy warriors.  Because they are multilingual they won’t just reach people across the world, they can communicate with them too!  After all, what good is an advanced communications system if you can’t understand what other people are saying?  As T’Challa said: “Wise build bridges. Foolish build barriers.”  In our real-life resistance movements we are building barriers by not leveraging language. Organizations like Blacks in Technology are working to bridge the opportunity gap and to create more Shuri-esque techies by establishing an inclusive blueprint for world-class technical excellence.  Inspired by the success of the Black Panther movie, Disney even pledged $1 million to fund youth STEM programs.  The fusion of language and technology has transformed the language services industry and created numerous innovations in the world of language learning. Moving forward, building upon language technology innovations will be a much-needed bridge for mobilizing national and international networks to create change.   Just because we have been able to do our work using one language, doesn’t mean our work can’t be improved by adding another one…or two…or three!!!

Are you the leader of a social justice or tech-centered org
that needs website or document translation services?
LET’S CHAT!

3. How do we unify a diverse diaspora of people?

Nelson Mandela was trilingual; he spoke Xhosa, English, and Afrikaans.  He understood that unity required heart-to-heart conversations.  Absent this, strategies of divide and conquer can be very effective.  When people want to come together for a common cause, this does not necessarily mean they share the same experiences and viewpoints.  Language, in particular, serves as a vehicle for self-expression and human connection that we can use to share our experiences, our music, our literature and – our movies! #TellBlackStories. But, we can’t just tell our stories in one language.  Do you think Black Panther could gross more than $700 million dollars – worldwide – without multilingual subtitles, voice-overs, advertising, and poster translations? Absolutely not.

In the U.S., our increasingly multilingual, multinational, and multicultural communities need unity.  According to the US Census Bureau, at least 350 languages are spoken in U.S. homes.  Yet, many U.S.-based advocacy efforts are orchestrated in English-only because they are structured to accommodate the native-language of the leadership.  This is a critical mistake because, in many instances, that leadership is NOT representative of the community being served. Unrepresentative leadership often causes division among the ranks; division resultant from a people’s quest to be seen and heard.   Leaders who aim to unify communities should ensure that their leadership teams are reflective of the heart, mind, body, and soul of the people.  At the very least, that should include a plan for communicating in the diverse languages of the people. How could we have unity without effective multilingual communication?  The answer is simple – we can’t!

Curious how Team Jamii can support your work? Let’s talk!

Jamii wants to connect with as many tech companies, social justice organizations, and activists as possible!  If you, or your organization, could benefit from expanding your multilingual capacity to serve and connect with more people PLEASE CONTACT JAMII TODAY!  We will discuss your needs, interests, goals and make an assessment of how we can best support your work.  If we can’t offer you assistance, we will do our best to connect you with the necessary resources. Do you want to learn how to use language as a resource for your work, personal growth, activism..etc ..etc..etc? Click the link below to schedule a time to chat.

Few people will reflect upon this movie and discuss the impact of language – but they should! Share this post with your friends, family, and colleagues to get the conversation started!