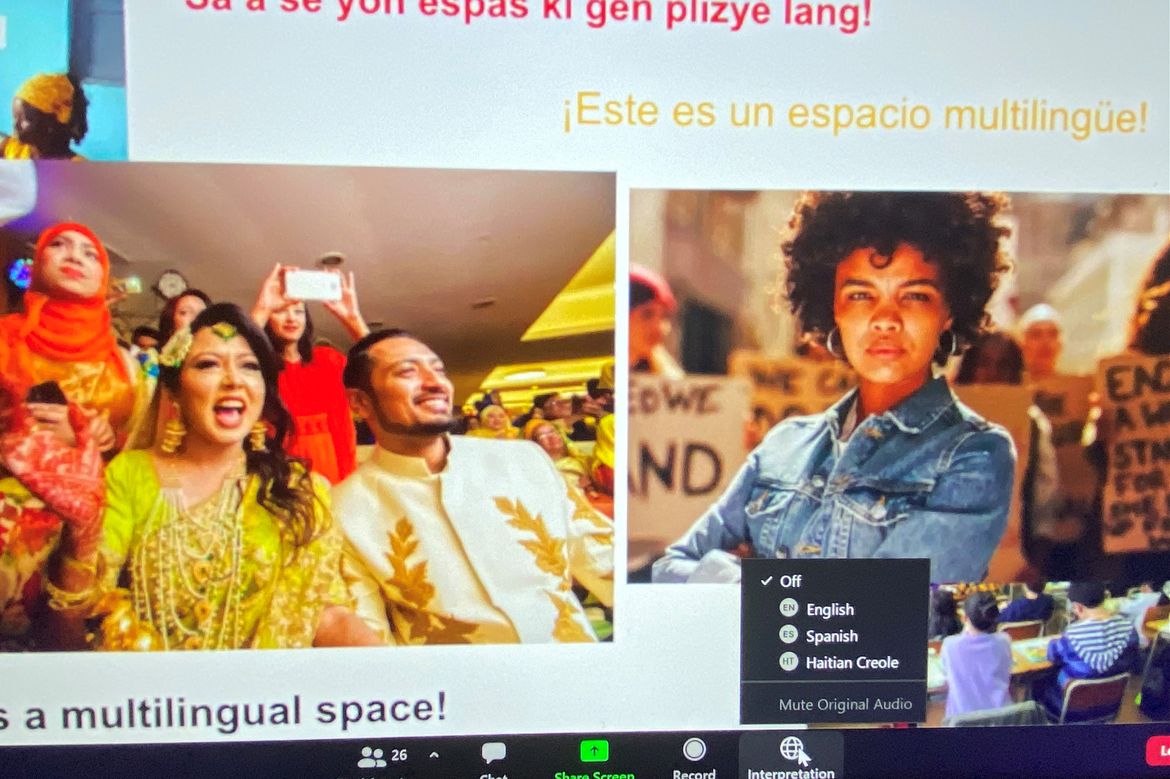 Growing up outside San Diego, California, about 20 miles from Mexico, Sebastian Aguilar’s parents always got nervous when they went shopping near the border and U.S. Border Patrol vehicles drove by. This was what life was like with parents who were undocumented.

For much of his childhood, Aguilar experienced daily life through what seemed like inconveniences, like driving to Los Angeles to visit family at 4 a.m. to avoid checkpoints. At 17, though, he finally comprehended the magnitude of the constant threat of deportation when he went to his mom’s permanent residency hearing. Green border patrol vehicles were parked right outside the open doors to the courtroom, ready to immediately deport anyone who was denied status.

“When she got her status, she got a work permit and 17 years of living in the shadows ended. I could see all the ways the family was better because of it. It made me realize how important it is for everyone to be free from the shadows,” said Aguilar, 20, who is scheduled to graduate from UCLA with degree in political science and labor studies spring 2022. Aguilar’s parents, like many, had crossed the border from Mexico, overstayed their visas, and then applied for asylum.

Aguilar notes that being granted legal status is not guaranteed for the many migrants who come to the United States every year from Central and South America. Informed by his family’s experiences and knowing that other families have had to endure much worse even before crossing the border, Aguilar joined 50 undergraduates, graduates and migrant justice activists in this year’s UCLA Community Scholars Program course called “Cross-Border Solidarity for Transborder Migrant Justice.”

A class that unites students and activists

Housed within the Institute for Research on Labor and Employment, or IRLE, and co-sponsored by the UCLA Labor Center, in partnership with the Center for Community Engagement and labor studies, each year the Community Scholars Program provides an opportunity for students, advocates, community partners and organizers to jointly work on an applied research project that furthers the goals of progressive community partnerships in Los Angeles. This year’s class, which met weekly in winter and spring quarters, also is presented in partnership with the Chicana, Chicano and Central American studies department.

The main goal of the class, said Saul Sarabia, one of the course instructors who is part of the Institute for Research of Labor and Employment and a social justice activist, is for students to work with community-based participants to strengthen the work of those working across borders to support migrants and any migrant-led institutions or programs that are fighting for asylum seekers.

The participants this year are UCLA students — spread across the country because of the COVID-19 pandemic — along with community advocates in border areas including Tijuana and Tapachula, Mexico, which is considered “ground zero” in the migrant crisis. The course is translated by live interpreters over Zoom into English, Spanish and Haitian Creole to make certain there is shared understanding.

“The Community Scholars Program is an affirmation of the wisdom of those in the community who are racial justice leaders, race equity workers, and people who are doing racial justice work in various domains. The class gives them a chance to be scholars, in various different roles,” said Sarabia, who holds both undergraduate and law degrees from UCLA.

Recognizing the diversity within the migrant population, the course specifically addresses some of the challenges faced by Black, Indigenous and LGBTQ migrants.

Josue Castañeda, a class participant who fled persecution in Honduras and experienced firsthand the inadequate housing, tear gas, fraud, lack of legal information and other challenges migrants in caravans faced on the road to seek asylum in the United States, works for the Coalition for Humane Immigrant Rights, known as CHIRLA, and spends time at the Guatemala-Mexico and U.S.-Mexico borders supporting migrants and helping them understand the legality of the various options for entering the United States.

Castañeda has said that in his work he has encountered Black, Indigenous and LGBTQ migrants, but was not familiar enough with their experiences to be able to adequately support and advocate for them. He saw African migrants singled out by Mexican officials and put into deplorable holding conditions, and also has seen Indigenous migrants who had no access to interpreters and therefore no ability to access the support he offered. He knew little of gender discrimination and felt he was unable to help LGBT migrants who were denied access to shelters due to their gender identity or sexual orientation.

“The course is helping raise awareness for me and others that if we address the needs of the more marginalized groups of migrants, we can help to produce a more meaningful definition of solidarity and assistance,” Castañeda said.

Expanding the class because of Zoom

An upside of the pandemic is that this virtual classroom has provided an opportunity that would not have existed otherwise. Zoom allows for participants from the United States, Mexico and Guatemala to learn from each other and develop new approaches to support migrants.

“The course has been an important cross border space where we can all problem solve together to help some of the most vulnerable migrants,” Castañeda said. “Had it not been for this virtual course, I never would have been able to participate.”

Instructor Kendy Rivera, who earned both a masters and Ph.D. from UCLA, describes herself as a Tijuana-San Diego transfronteriza, U.S.-México transborder student, first-generation Mexican immigrant, first-generation college educated, first-generation graduate-educated and queer mujer. Rivera, a lecturer in the Chicana, Chicano and Central American studies department, has experience setting up legal clinics, humane encampments, laundromats and kitchens for migrants, and has worked with many of the advocates taking part in the course.

“There is a lot of beauty and power and resistance and resilience to overcome the trauma that migrants go through,” Rivera said. “The voices that you hear in the course are those leaders and those voices that are fighting every day to not give up and give dignified experiences to migrants, north and south.”

According to Abel Valenzuela, professor of Chicana, Chicano and Central American studies and director of IRLE, there is high demand for these types of community-engaged courses among undergraduates.

“The Community Scholars Program is a unique opportunity for undergrads at UCLA to not only engage with community partners doing important work, but also to work with graduate students and faculty to assess what’s going on, and focus on solutions,” Valenzuela said. “The word has gotten out to students about these courses that teach and engage, and the students really appreciate it.”

In many cases, students have seen firsthand the struggles of migrants and migrant families in the U.S., and the course is informing the life and career paths they will embark upon after UCLA.

“This course has further inspired me to want to go to law school and possibly become an immigration attorney,” Aguilar said, “so I can help others come out of the shadows just like my mom was able to with the help of her lawyer.”