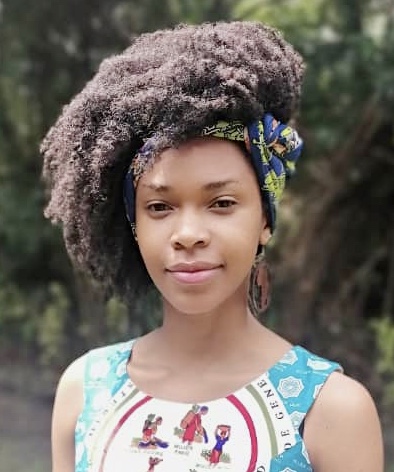 Anesilina Carvalho, better known as Nuna or Ane, is an Afro-feminist, activist, and pan-Africanist. Her love for languages led her to join #TeamJamii as a Lead Linguist. For Ane, Jamii is more than just work, it’s a way of life and expression. She is from São Tomé and Príncipe, off the west coast of Africa, the closest country to the centre of the world. She has traveled to 54 countries and speaks several languages including her mother tongue, Forro.

Her background is a little mixed: Saotomean, Portuguese, Macanese, Angolan, Brazilian and Cuban. Currently, she is the vice-coordinator of the CJP (coalition of the youth of the PALOP) Diaspora and an alumni member of Raleigh International as Volunteer Evaluator. She has represented STP in many events, in which the first was in 2006, only 15 years old, in the Central African games in the 100m, winning 3 medals for the country.

She has a degree in International Development however wishes to pursue her master’s in Gender Studies. The African Union has served as a point of experience within the field of gender when she had interned with the Department of Gender, Women and Development.

She recently became a mother but is looking to continue with her work and personal projects such as Findafrica and a Shelter Home for Victims (Women) of Violence.

She found her voice and place working with languages and using her linguistic talent towards pro-black communities, but also to create flexibility around her personal life. Interpreting several languages instigates a sense of empowerment and rarity for Ane.