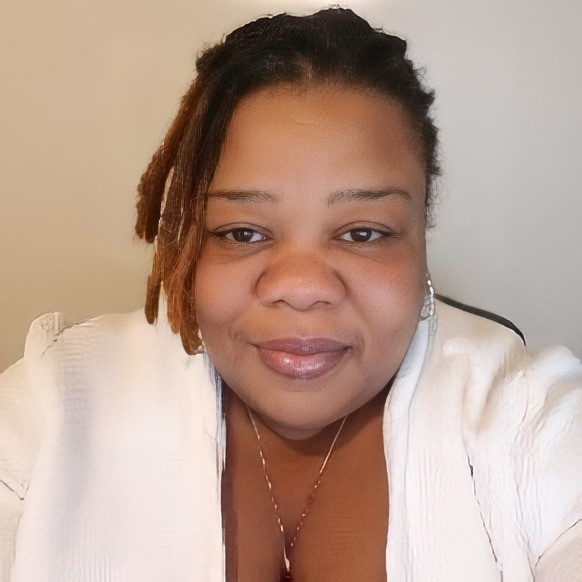 Nathalie Sam was born in Port-au-Prince, Haiti as an only child. Fast-forward a few years later, she gains 3 bonus siblings, and a very diverse family. She was an only child and now yearns for the days of peace from supplemental parents and a very large extended bonus family which always makes her smile.

Brought up in a country where French and Haitian Creole are the official languages, Nathalie learned Spanish and English by immersing herself in those languages with whatever entertainment available. She watched TV, listened to music, read grammar books and any other book, magazine, or document available in those languages. She also practiced with everyone and anyone she could. The weird looks from friends and family when she randomly started speaking English or Spanish were never a deterrent.

As a result, by the time she graduated high school she was proficient enough to train and then work as an English as Foreign Language and English as a Second Language teacher, a freelance translator and interpreter. She studied law in Haiti and when the political turmoil and economic situation in Haiti became too difficult and dangerous for her and her family, she chose to uproot her life and move to the United States. She worked in retail for a few months in New York and finally settled in Florida.

The first time she saw a call center was the day she applied for a position as a Customer Service Representative for a bank. After 10 years in various customer service, training and project management roles, Nathalie decided to go back to her true calling, languages.

In 2016, as the news in the United States became more and more disheartening and alarming for black people and people of color and as the narrative about immigrants become more venomous, Nathalie chose to get involved by obtaining a formal training in linguistic services. She traveled to Canada where she obtained a Bachelor in Translation from Université Laval in Québec.

The goals and philosophy of Jamii Linguists made this organization a great match for Nathalie who joined the team as an interpreter and later joined the Admin Team as Director of Language Services. She is now using her skills to help #TeamJamii fulfill its goal of promoting language justice and offering services to make sure all individuals are heard and have a voice. Nathalie also serves as the lead for Jamii's Simultaneous Interpreting Clinic. Her duties have supported Jamii Linguists in partnership with other notable organizations (such as UCLA) to help train new linguists to become proficient interpreters.